Peekaboo! I see you! 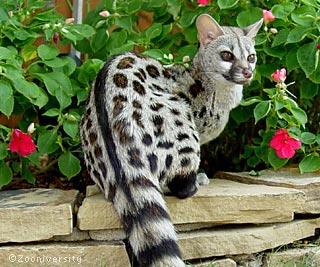 Peekaboo! I see you!

There is a new face at DCP! Duma is a Cape Genet that was rescued as a baby. When he was brought to Daniell Cheetah Project, he was so small he could curl up in your hand. With a lot of love and care and against the odds we nurtured him into the handsome adult Cape Genet he is today. Little Duma grew up in the house with our tour guides, but eventually it became clear that, as an adult, he needed his own space… and like all kids he moved out of the house into his new bachelor quarters (an enclosure we build especially for him right opposite our meerkat enclosure, complete with a jungle gym and hammock). From the start one of his favorite games was hide-and-seek, which earned him the nickname, Peekaboo, amongst the tour guides. To this day, he still likes playing his little peekaboo game with guests where he would peek through the opening of his box at the people walking by.