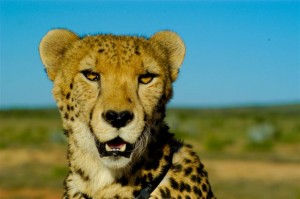 According to studies, the entire cheetah species neared extinction if drastic conservation effort were not taken. Due to extremely low population numbers, the wild cheetahs had very little mating choices, which lead to the inbreeding of our wild cheetah population. The inbreeding caused a lot of defects to surface in the cheetah genes as well as weakened immune systems. And that is when Daniell Cheetah Project started.

After the owner and founder of Daniell Cheetah Project, Richard Daniell, was enlightened about the status of the Cheetah (Acinonyx jubatus) – he decided that an animal that stunning must be saved. He started the Daniell Cheetah Project in 2001 on his family farm with just three Cheetahs (Bernard, FW and Ida). The project has since increased, not only in cheetah numbers, but also to include other wildlife species.

We have successfully bred with Cheetahs and Servals. To avoid inbreeding in our project and in order to diversify and strengthen the cheetah genes, we work together with other breeding programs in South Africa to establish new cheetah bloodlines. Richard has also realized how few people seem to be aware of the conservation status of our wildlife and has opened the doors to the public for responsible educational tours – in return, the tour fees go back into the conservation project.

Below are links you can follow to find out more about studies done regarding the cheetah (Acinonyx jubatus) genetics and conservations status: